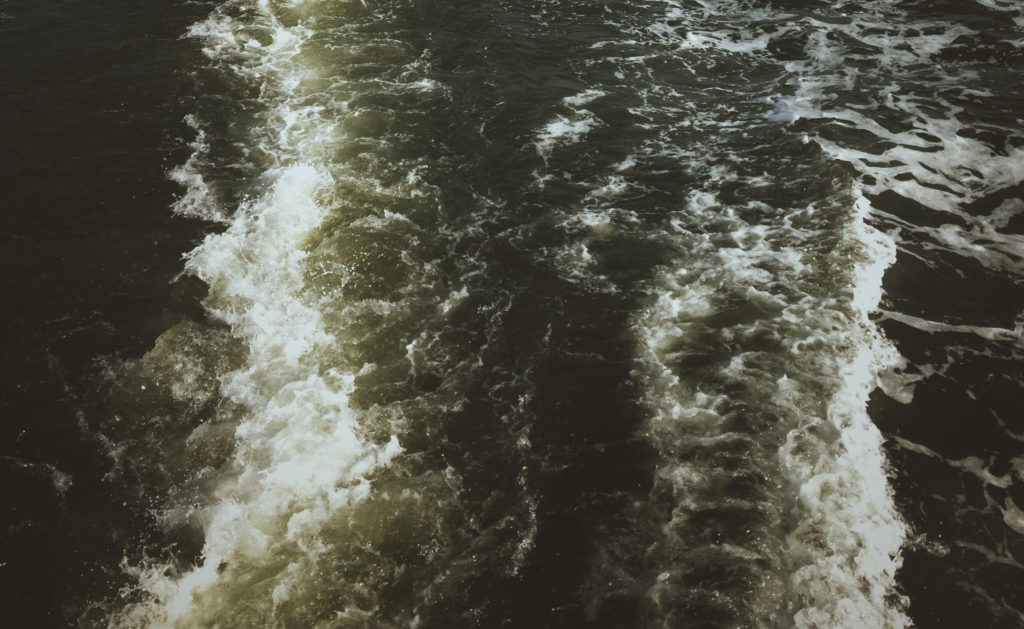 There was a slow-moving storm looming dark and heavy in the distance. I looked at the storm, then at the very lengthy looking pier and back at the storm again, wondering if we could beat the impending rain. The cost was clear – we can either risk getting wet but see the amazing ocean view from the pier, or just stay nestled in our RV doing nothing. We had 3 months of rubber tramping under our belt, and I’d learned by this time to embrace the adventure of the journey, so my sons and I decided to literally throw our caution to the ocean wind and walk to the end of the pier and back – almost half a mile.

There hadn’t been even one lone sprinkle yet, so we took our time. The boys, aged 5 and 4, stopped by every point of interest – the bloody fish cutting table, the discarded guts littering the well-worn boards, the seagulls in abundance that were loitering unabashedly for their chance at dinner. We watched the fishermen in rain parkas cast their long weary lines over the sides – meanwhile the clouds grew closer, the wind picked up speed and we had just made it to the end of the pier when I felt the first hair-raising sprinkle land on my arm.

Quickly, we hooded our heads with our jackets and we began the long rush back toward the oceans edge, this time, ignoring all the side shows. I remember the giant crashes of the waves below us getting stronger and more violent. The storm grew increasingly intense, and so did my remorse. The heavens were our catechism, every drop was our scourging. The fishermen were bailing out of their posts and heading towards shore. The boys were yelling but still ok, while I was experiencing equal parts regret and blithe merriment as I ran the length of the pier.

I try to err on the side of squeezing the most out of moments in life, so as we reached the mouth of the pier, I was still glad we had made the trek. By this time though it was pouring down rain and visibility was low, so I gently pushed my wet little ducks inside the first shelter I could find – the public restroom facilities. Once under it’s covering, I surveyed my children and the dark surroundings. I saw that we weren’t the only ones to take refuge in this communal space. The rain pelted down fiercely and my heart was matching its rhythm. Huddled into this small refuge about the size of a hallway, there were half a dozen people, all similarly soaked, but none looking even slightly bereaved. In fact, most of them seemed happy about this sudden plight. Discarded nearby were backpacks and bed rolls, and they had a rather gypsy-like appearance, so I quickly summed up, these were not tourists or regular fishing folk. These were the area riff-raff.

Of course as a parent, I immediately began the brain gymnastics of trying to decide which would be worse, stay here with these potentially dangerous strangers, or brave the storm while running the rest of the way to our house on wheels. As I was cartwheeling through the latter thought, an older gentlemen walked up to us. “Can I take your jackets? Dry them off for ya?” the man said. “Oh, really? Ok sure,” I said doubtfully. He smiled warmly, and I felt my self relax a bit. “He’ll take care of ya,” the woman beside me said confidently. She had a pretty face, though it looked like years of wandering had etched the lines deep into her visage, making her look much older than she really was. She introduced herself and the man next to her as we took off our rain soaked jackets and handed them off to the old man. I watched him carry them off into the men’s side of the restroom facilities and heard him turn on the hand dryer. He WAS drying our jackets. I felt guilty for even doubting him as his act of kindness warmed the rest of the chill off my heart. 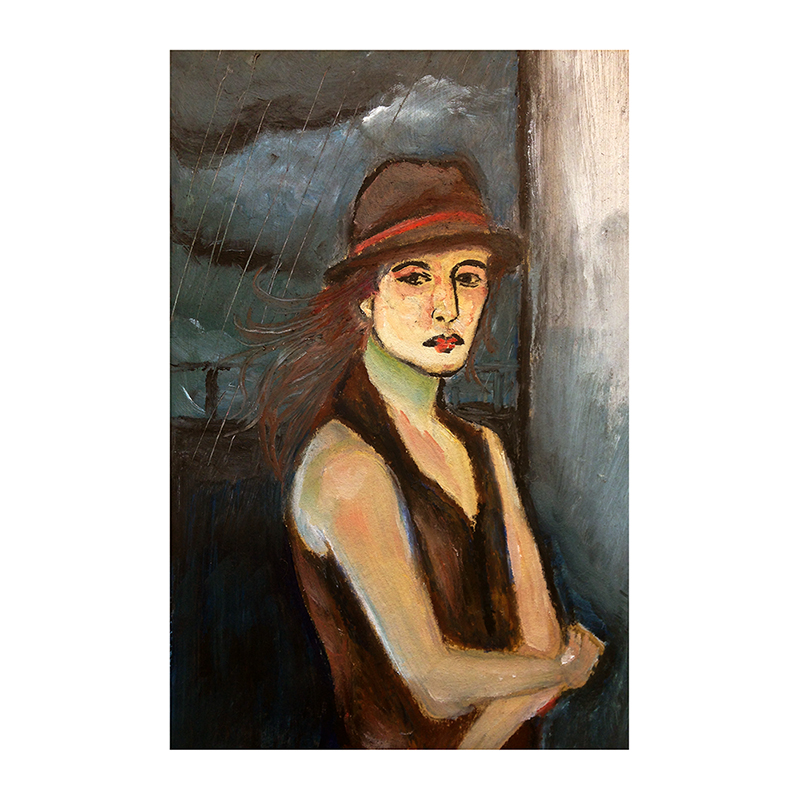 The woman, named Stephanie, told me they were just passing through the area. They’d been traveling-wandering-roaming? like this for months or maybe years. They go where they want, when they want to and have seen things and places that most people only dream of. I held the boys loosely as I listened, one with each hand while these fellow nomads told me their stories.

I’m proud of my children in these situations – they’ve been in enough diverse environments to not really know any type of fear or prejudice towards people that may be in a less fortunate circumstance than their own. For this I’m grateful. I’ve always tried to straddle the fence when it comes to exposing them to parts of the world that are not always pretty, while also trying to keep them safe. Here’s the thing though that I’ve learned about living a life that’s meaningful and following Jesus – it’s not always safe. It’s risky and radical. Hanging out with a bunch of vagrants is considered unsafe and unsound for most good, self-preserving suburban families. But strangely, in this dark and wet shelter far from home, I felt warmth and friendship that I don’t feel in most public settings, dare I say, even church settings. There was a freedom that governed their actions. Freedom to come and go, to stay, to talk, to spend 30 minutes drying our jackets with a hand dryer. This act of love is on a short list of acts of love that have really impacted me in my life. And as the rain subsided, our jackets were handed over miraculously warm and toasty, I said goodbye to our new friends and ushered my children out to the newly sun-drenched world.

I still vividly imagine this micro-ideal world under the canopy of a public restroom, the day I took a small risk and ended up with a rich lesson in love that I will never forget. Love in its purest form is often surprising and always life-altering. I hope to let pure love govern me always in this way, the same way my vagrant friends loved us strangers that day at the pier.