I recently got an email from a reader that had an 11th anniversary coming up – a special one considering that her husband had a rupture in his brain 2 days before their 10th anniversary last year and they spent it in the neuro ICU as he underwent brain surgery. He’s been in an intense year of recovery, but thankfully, he is doing great. She had seen the little illustration I did for my husband on our 8th year anniversary last June and thought it would be a special gift to him to do something similar. Here is how it turned out. 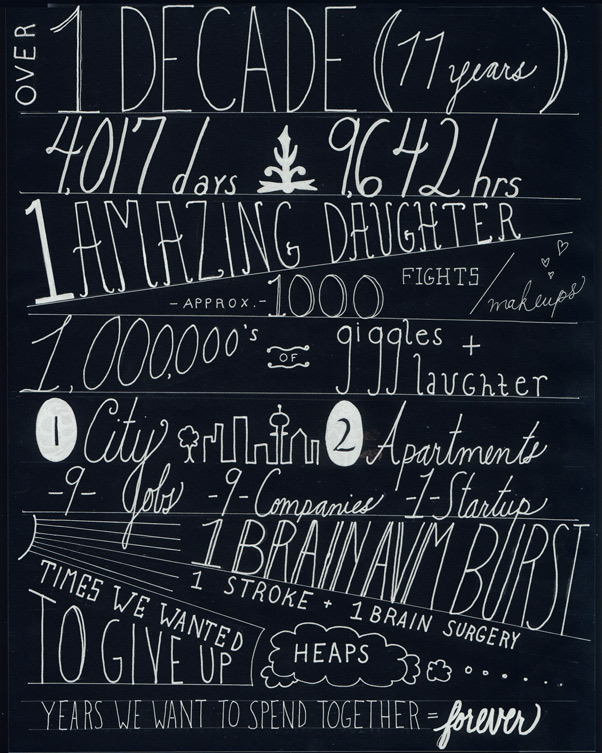 It’s amazing to see what two people can go through together in 10+ years and still be…together. And still be celebrating. And still be strong. Happy Anniversary Kim and Marc! May your best years be yet to come!