Circles Conference was amazing. Three total days packed with meeting new people, listening to inspiring talks from artists I’ve long admired, and soaking up some much needed independence. Ismael Burciaga (the event coordinator) has been an online friend for a few years now, but I was totally blown away by him as a person – completely selfless and generous, an amazing host. 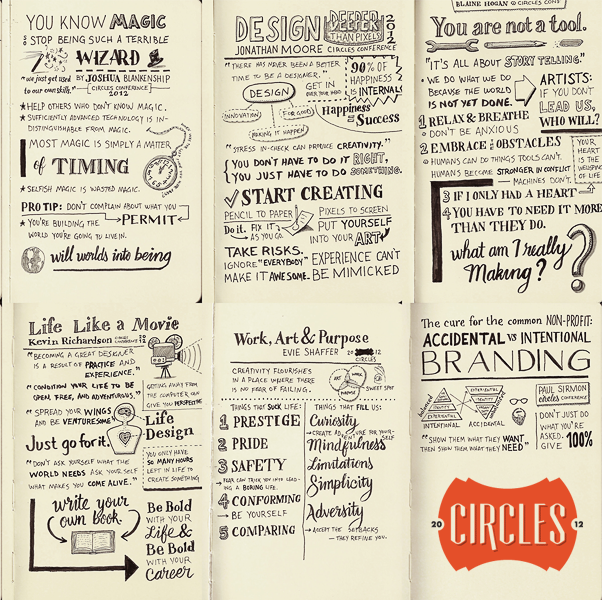 While on my trip, I made it a point to talk to everyone I sat by – at the airport, on the plane, on the shuttle, wherever. This is something I don’t always get to do when my kids are around, because I’m so engrossed with watching them, but it’s become one of my favorite things to do. Remember that rule your mom told you when you were little, “Don’t talk to strangers?” Well, it doesn’t apply anymore. So I met lots of new people en route to Dallas, TX, and had interesting conversations. As I shared in my conference talk, meeting new people helps you discover who you are, having new experiences strengthens your art. This was the case for me.

Many of the speakers told their personal stories. I met so many people at the conference that shared their story. And I shared mine. I talked about my belief in story with a new friend named Ryan Rushing at lunch.

All that said to say, I think I am coming to believe more and more in story. I don’t think life in any way is a story about any of us, by any means. But I do believe that a story can inspire, relate to, and transform other people’s stories.

The very last talk was by Cameron Moll, sort of a web design hero of mine. But he spoke mainly about his work with charity : water. Getting to travel with Scott Harrison to build wells in Ethiopia, seeing first hand the impact made on foreign soil. He showed photos of little children that had never seen their image frozen on the screen of a camera before, and another photo of a house made of rocks that the villagers had unearthed from the ground.

That’s when it hit me.

Being an artist is a privilege. It’s not just a privilege it’s a luxury. As artists, we are given this unique ability and means to shape culture, to be creative in meeting the needs of the world. To do something beautiful and meaningful with it. That was the big takeaway for me – I left feeling inspired, and not just that – ready to take action.

In retrospect, I think other causes are just as important as preventing unnecessary/unjust death. Because there are so many people that are “living,” but haven’t learned to really “live.” Their story is one of heartbreak, loss, loneliness, or pain. But we as artists, and especially as Christians, have this interesting opportunity to teach and show people how they can really live. It’s building Life on life. It’s showing people the potential in their story, and pointing them to the ultimate Story that weaves us all together.

Check out some other great write-ups on the conference: Kevin / Sean / Dan / Emily